back to piano for all 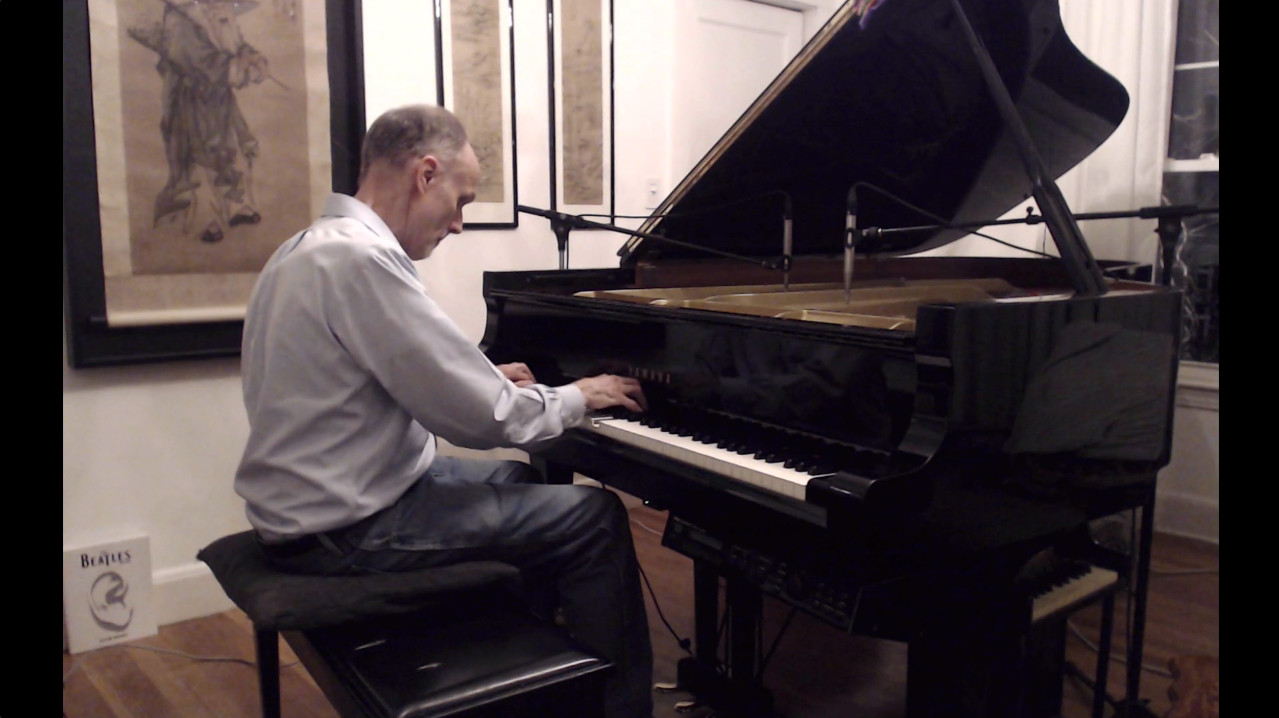 15 October 2021: Two venues begin to house recordings I’ve composed / played from 1993 on: audio files on soundcloud and films on rumble.

Way back in the dim, dark, past days of yore, with the arrival of what I called, “the vessel”—it contains and transports me (generically called a yamaha grand with built-in disklavier)—I fooled around with two-track recording using the piano as the interface to record the digital data for an acoustic bass, played back through speakers hooked up to the disklavier unit while the piano played itself. C Blues Etude, Take 1 is the initial, one-chorus result of this. Take 2 got a bit more involved.
Dave Ratcliffe • C Blues Etude, Take 2
Amongst the additional audio copy, the piece most dear to my heart is the 2000 recording, Locomotive Boogie - Wheelhouse to the Great Beyond. This take was truly inspired abandon, expressing a relaxed development of feeling, free of the angst and tension I commonly experience when recording whatever is being played. Rarely have I been blessed with the kind of calm exploration experienced while playing this piece on the fly, without prior practice or specific intention beforehand. This song paints a sound picture of a locomotive fired up, slowly rolling out of its wheelhouse, hooked up to the cars it will pull, and then barreling down the tracks to destinations amongst the great beyond.
Dave Ratcliffe • Locomotive Boogie - Wheelhouse to the Great Beyond

The song is dedicated to Carol Hills, my second Mother. On so many levels, Carol blessed me with riches beyond compare. She and my Mother were supremely best friends. In a creative writing class in her later years, my Mother wrote a remembrance of Carol:

She was outspoken, easily tearful and adored jazz as well as classical music. Often when I came by for one of our sisterly visits, I would find her in their living room seated at one of the two 12 foot grand pianos playing her heart out. At parties she played for applause and fun. Alone at home she played to unburden her heart. For her the world as well as our individual human lives operated irrationally and deserved tender pity, tears and forgiveness.... “NUMBER ONE Confidant” she used to call me as our woman-to-woman relationship blossomed over the many years we both were members of the San Mateo Medical Society....

Carol died about six years ago and I still acutely mourn her loss whenever something really sad or awfully funny happens. I find myself silently mouthing words to her when events in our children’s lives come to fruition, events she saw the beginnings of all those years ago. I sometimes wonder if she isn’t up there looking down on our increasingly complicated world, alternately weeping and laughing over how ridiculous we human beings behave.

Carol’s musical intelligence was extraordinary. With the two grand pianos side-by-side she would play very involved Schubert duets with others and was utterly at ease whether sight-reading a Mozart Piano Sonata or playing Fats Waller by ear along with a record. It was through Carol that I first learned about boogie woogie and the spirited happy music of the 1920s and ’30s as exemplified by Waller, Albert Ammons & Pete Johnson, Willie “The Lion” Smith, and James P. Johnson.

Recorded in the recent past, the film gallery is being inaugurated with compositions also inclined towards a walking bass feel as well as a bit of stride piano (more of the latter is in the works and will be recorded in the near term). Boogie Barrel (it goes ’round and ’round) is built on a very simple circular pattern.

The following is my homage to the giants of the boogie woogie and stride genres from the giants listed above as well as Mary Lou Williams, Jimmy Yancey, Meade Lux Lewis, Clarence “Pinetop” Smith, Art Tatum, Thelonious Monk and Randy Weston. The seed for the second half of this goes back to high school days when a classmate clued me in to a standard 4-beat left-hand "kindergarten" stride formation of root octave-chord-fifth octave-chord. The first half wanders around walking bass line variations to spruce-up some classic right-hand riffs, and riffles.

back to piano for all